After seeing the following news post (in Turkish) with a title of "Eğirdir Lake is splitting into two".

I decided to check myself whether there is anything different than seasonal changes in lake water area, with a preliminary analysis. First, Eğirdir Lake is illustrated in the following Figure 1.

Figure 1. Location of Eğirdir Lake in Turkey (left) and Eğirdir Lake (right). (Google Earth Pro, 2016)
It is the forthlargest lake in Turkey and a considerably fishing activity is present. As a result, pollution and water loss is even more important. The people who made lake water level and area measurements in situ claimed that the area of lake dropped to ~436 square kilometers in August in this year, compared to the 520 square kilometers of August, 2019 value. I wanted to see whether I can observe such a dramatic change via a robust remote sensing technique easily. Among the many satellites currently available, I chose to use Landsat 8-OLI, as I saw many studies making use of it in inland water area and quality management. For now, I just wanted to look into water area, not water level. This can be done with Normalized Difference Water Index (McFeeters, 1996), which is computed in Landsat 8-OLI with,
[(Band 3 (green) - Band 5 (near IR)] / [(Band 3 (green) + Band 5 (near IR)]
when this value is > 0, it is considered water.
My method was, drawing several polygons to account for different parts of the lake and the entire lake region, and calculate a time series of water area, which was calculated via this index and pixel area. The code I used in Google Earth Engine (Gorelick et al. 2017) was already written in a gis.stackexchange answer (Minh Shines & Clinton, 2017), I just added a cloud filtering line two ignore the tiles with >3 % cloud cover. I applied this code to Landsat 8-OLI Surface Reflectance Tier 1 collection, which is filtered by a polygon around Eğirdir Lake. Figure 2 illustrates the polygons I used for this action. 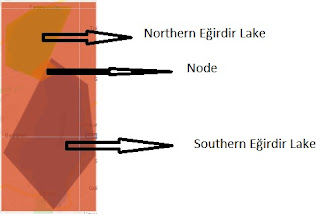 Figure 2. The 4 polygons I used in to check water area changes in Eğirdir Lake, 3 of them are shown with arrows, the 4th one is the entire light red rectangle.
The following Figure 3 is from the results for each polygon, in the order of entire rectangle, southern Eğirdir lake, Norther Eğirdir lake and node. 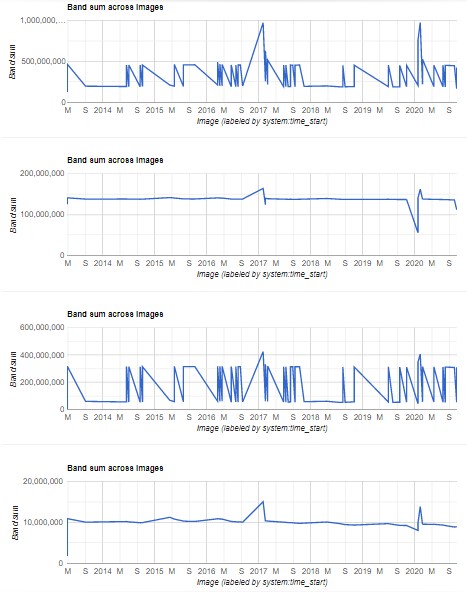 Figure 3. From top to bottom, lake rectangle polygon water area, northern lake water area, southern lake water area, and node water area. The X axis is the date of the Landsat 8 image, the Y axis is square meters of water area
I purposefully did not include a full resolution result or table, as the numbers are not as accurate as I will explain. First of all, dramatic values, especially the highest values in the top image in Figure 3 comes from snow around the lake, so the index itself does not work well with >0 water threshold. I have seen one study which separates snow/ice from water with a newer index (Yan et al. 2020), but as they require an empirical variable assignment specific to region, I could not use it. Moreover, less than 3 % cloud cover in the entire tile is a strict condition, but some cirrus clouds and chance appearance of the clouds over lake might happen still. For instance, there is a very dramatic change of water area seen here between October 7 and October 23 of 2020 in southern lake, yet when one visually compare the corresponding images, nothing seems different in terms of area (Figure 4). 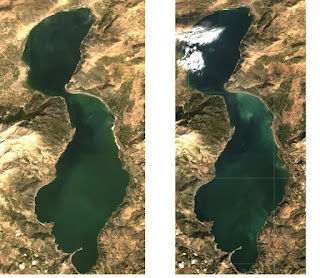