In 25-26 June 2019, I was in Manyas Lake watershed and occasionally in Bandırma to attend a field trip of the project I am in, in order to manage Manyas Lake more sustainably (you can see the lake's location in Figure 1).

I was interested in Lake's shoreline mostly, as it is far easier to observe rather than monitoring the depth or middle points, in which at least a simple boat is required. There were also point of interest in places where the river discharges occur and also around Bird Paradise National Park.
Anyway, as I am also known for my long distance walkings, and also runnings, I planned to walk throughout entire shoreline of the lake, which amounts to something like 60 km. Difficult to see in first time, it is not even half of the maximum distance one person can take in a casual way (Janukavicius, n.d.), which is approximately 150 km. Of course, this is not the only problem...
First, shoreline is expected to be wet, and in some parts like a bog. For this, I repaired my winter boots and had the burden of carrying it with me everywhere I go.
Second, the weather. It was predicted to be sunny so, against my all-time habit of wearing black, I took a thin white t-shirt and blue trousers.
Third, a wetland (also huge rice farms around it) hosts tremendous amount of houseflies and other similar insects. Yet, I did not mind them as I am used to that thing from my hometown, Düzce, another wet place.
Last but not the least I care, stray dogs. There are many villages around the lake so it was supposed to encounter stray dogs around, which I am quite anxious even seeing them in daylight when I am alone (surprisingly I never feel any fear when at least there is one person around). I checked cell phone application to scare the dogs but all the comments on android apps were negative. I planned to hold a branch of at least 2-3 meters ( well, it looks OP).

I am cutting some unnecessary details, so at 10:00 something I was at the highway and walking around farms, trying to reach a stream which eventually feeds Manyas Lake from the south part, where the Lake's shore has its northest point. Everything was smooth and I started to make observations but suddenly a dog appeared around the coast and it was trying to lie down there, I immediately detour completely and planned to return to the district, instead of quitting from highway and walking along the stream (which might be impossible from a certain point, anyway). After walking 1 km, I feel bad and much too scared and ashamed of it and returned to the same point and at least completed my observation for that part of the river, and surprisingly I did not see any dog there but still returned to the district by walking again around 5 km under clear sky and bought a bus ticket for travelling to southeast tip of the Lake. The villagers (or districters, more properly) were quite eager to make conversations and I learnt a lot about those places.
When I reach that point, I made many observations, they were far easier and I was even able to go directly on coast line. It was less anxious partly from the fact that there were two governmental worker for measuring the stream's flow rate. They were less talkative so I did not spend much time there, and again did not think about going off highway around rivers.
As a last point at least for that day, I wanted to go to the National Park part at the North East region of the lake's shoreline. The tricky part is, when you go there you really see the lake even without quitting your car, but I did not have a car and when dolmush left me at the highway. There were at least 2 km of village road, I climbed a pick-up container and took 1 km for free but the other 1, with almost no person awaiting me there. I was sick of trying to avoid dogs, so I took a stick of around one meter and took the road, by the way holding a stick was an expensive act as I had my laptop bag in one hand and spare cloths and the winter boots on the other, so in order to effectively hold a stick I needed to carry all the bags in one hand, which is kind of troublesome. I went some distance and with each step taken, I realized that in all way the fear restricts my movement, cut off my energy, power and even will. I normally carried two bags in different hands and held the stick laterally, which is not intimidating. I encountered a couple of dogs but I did not fret, did not look their eye and walked with consistent gait. It damn worked! I successfully trespassed dogs' territories without doing anything special and reached the national park (Figure 2), which I gained significant amount of knowledge about taking research permission on there as well as the ecology of the lake itself. 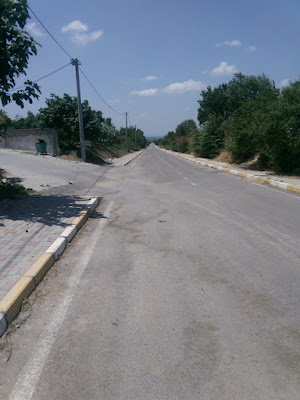 Figure 2. Finally seeing the lake itself, at the horizon.

Then, came the time of returning.
I needed to walk all the way back and wait a dolmush at highway in order to return to the main district, Bandırma/Balıkesir. When I made halfway in solitude, from a distance of 200-300 meters a dog saw me and immediately run towards me with highest possible speed. I looked at it sideways and slowed my gait, to let it get accustomed to me. It also slowed down a bit. Then I sometimes slowly walked and sometimes gazed my back apathetically. This went on for one minute and we passed each other without any problem or clash. After taking that one km another 1 was ahead of me, with another dog waiting. We both saw each other but I did not go farther as dolmush came next to me at that point and I jumped. Still, that dog was less excited than the one I passed a couple of minutes ago so I was sure about not encountering any problem with it as well.

In the end, I can not say as far as I am completely relieved from my fear or anything. However, it was a significant first step to subside it and remove it altogether and I was able to achieve this target myself alone. I was also lucky that there were not crowded herds of dogs, but only one or two or at most three dogs at a time. The moral of the story is, then, encounter your fears step by step, everyone has the power to overcome them.